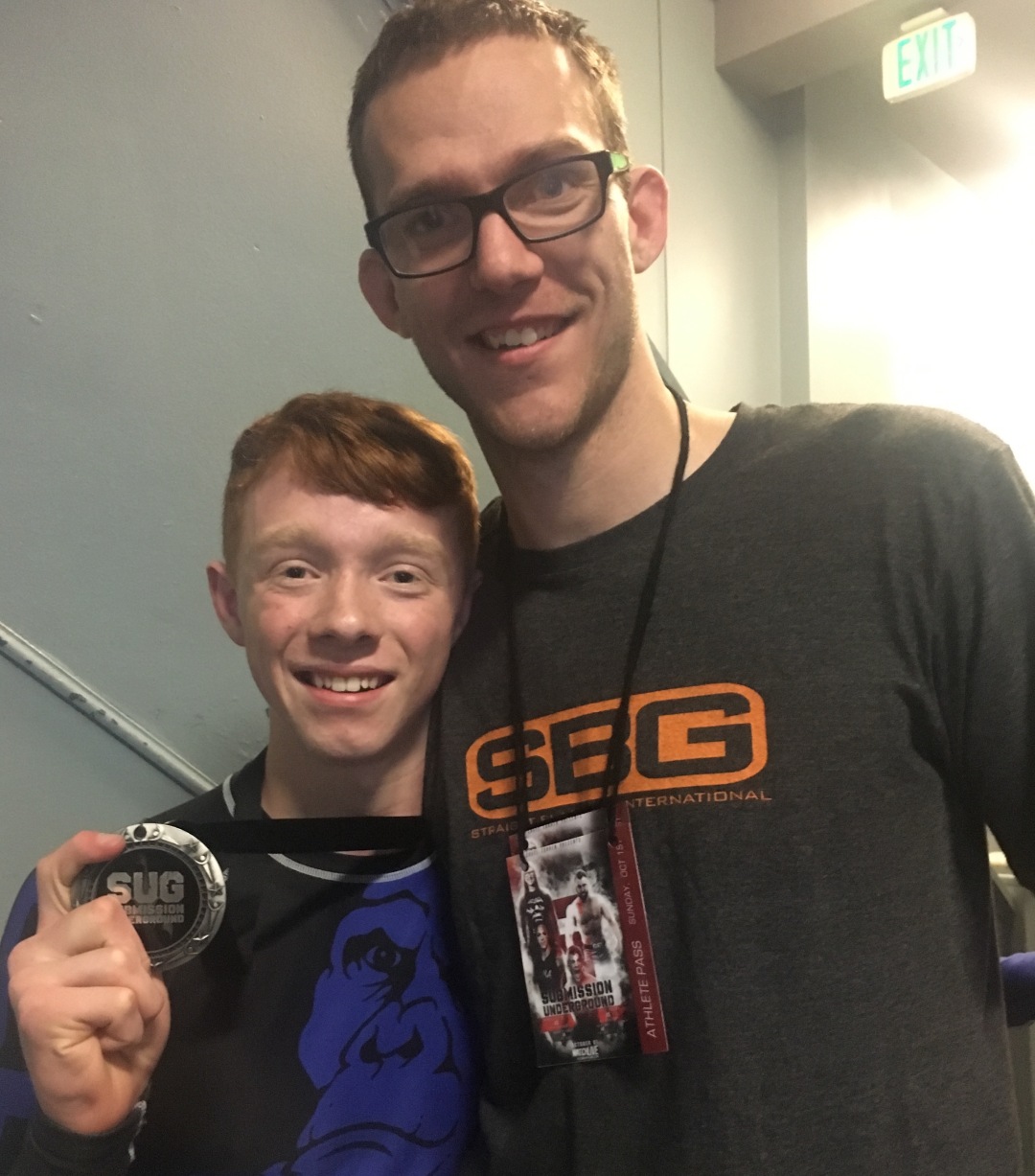 Athletes from SBG Montana and SBG Portland stormed Submission Underground 5. The matches, which were a super fight, took place at the Roseland Theater in Portland, Oregon.

A super fight is one long match in which no points are awarded. The match either ends in submission or goes into three overtime rounds.

Ricky “Ticky Time Bomb” Davison made an astonishing win against Sage Brown, submitting him with an ankle lock. SBG Missoula Coach Gus Nolte said of Davison’s performance, “Ricky did a fantastic job. He did exactly what we predicted, fought according to strategy, and had control the whole time.”

Davison has been training at SBG Montana since the age of 5. At age 15, he trains at the level of a blue belt and is taking his training to higher-level competitions.

Davison shared of the experience, “I put the time in for this fight, and it was great to see the hard work pay off. This was my first super fight, and it was exciting to compete in a popular event that I’ve been watching for a while. My tribe was a huge help. Because of them, I had the motivation to step in the cage with the mentality to win.”

Stella “From Hella” Davison of SBG Montana also fought in the event against Grace Gundrum of 10th Planet. The match went into overtime, where Davison was submitted by rear naked choke.